With installers seeing an increase in demand from homeowners for energy efficient sustainable heating, sales of air source heat pumps are set to grow as an alternative solution to conventional boilers. As the country’s most experienced integrated renewables and underfloor heating specialist, Nu-Heat’s team is well placed to fulfil the upsurge in demand for Panasonic’s range of Aquarea Air-to-Water heat pumps and cloud based smart controllers.

On January 26, Celanese Corporation announced it will incorporate a solar power component into the electricity supply mix for the company’s acetyl intermediates chemical manufacturing facility located in Clear Lake, Texas. As the site owner, Celanese will extend this solar power supply to other site partners at the facility including Arkema.

Airedale increases and invests as it bucks the trend of 2020

We are pleased to report hat we have bucked the trend of 2020 with significant capital and headcount investment, and a predicted end of year of forecast that shows continued and substantial growth.   Airedale International, which manufactures from its world class centre of innovation in the North of England, is investing nearly £1m in new plant equipment that will further improve efficiency and support increased production.  The state-of-the-art manufacturing facility, which currently offers 24 hour production during the working week, is expanding its capacity in response to continued and sustained demand.

Within four years of the International Energy Agency welcoming India as an Association country, IEA members and the Government of India (GoI) have agreed to enter into a Strategic Partnership to deepen their collaboration across a wide range of critical topics including energy security and clean energy transitions. This marks a major milestone in global energy governance that could lead to eventual IEA membership for India.

The need for good ventilation has been mainly justified with health reasons, but are there reliable health criteria to rely on when defining appropriate ventilation rates? Göran Stålbom published a good summary about the history of ventilation criteria in the October 2020 newsletter of Swesiaq, the Swedish indoor air organization. 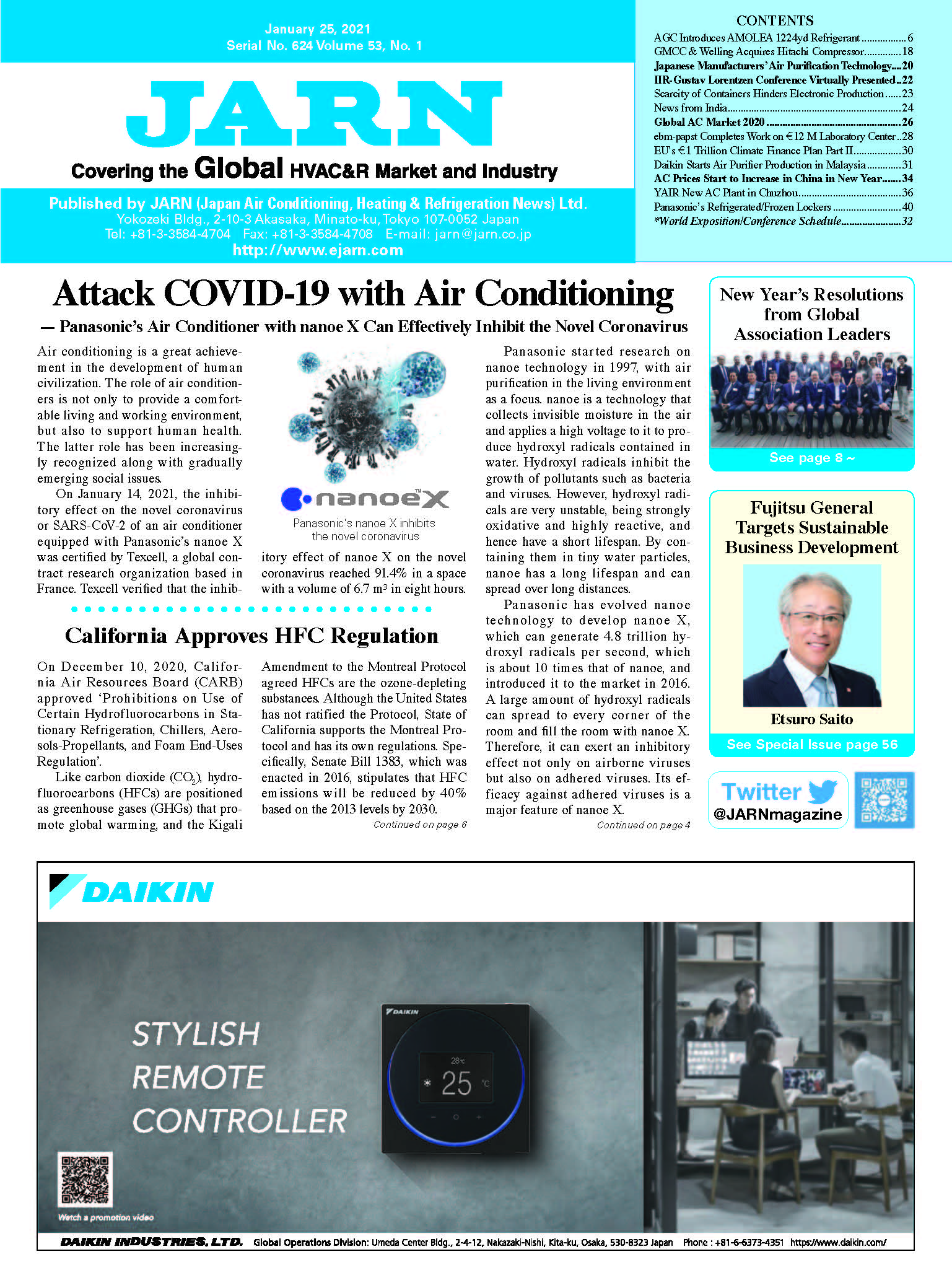 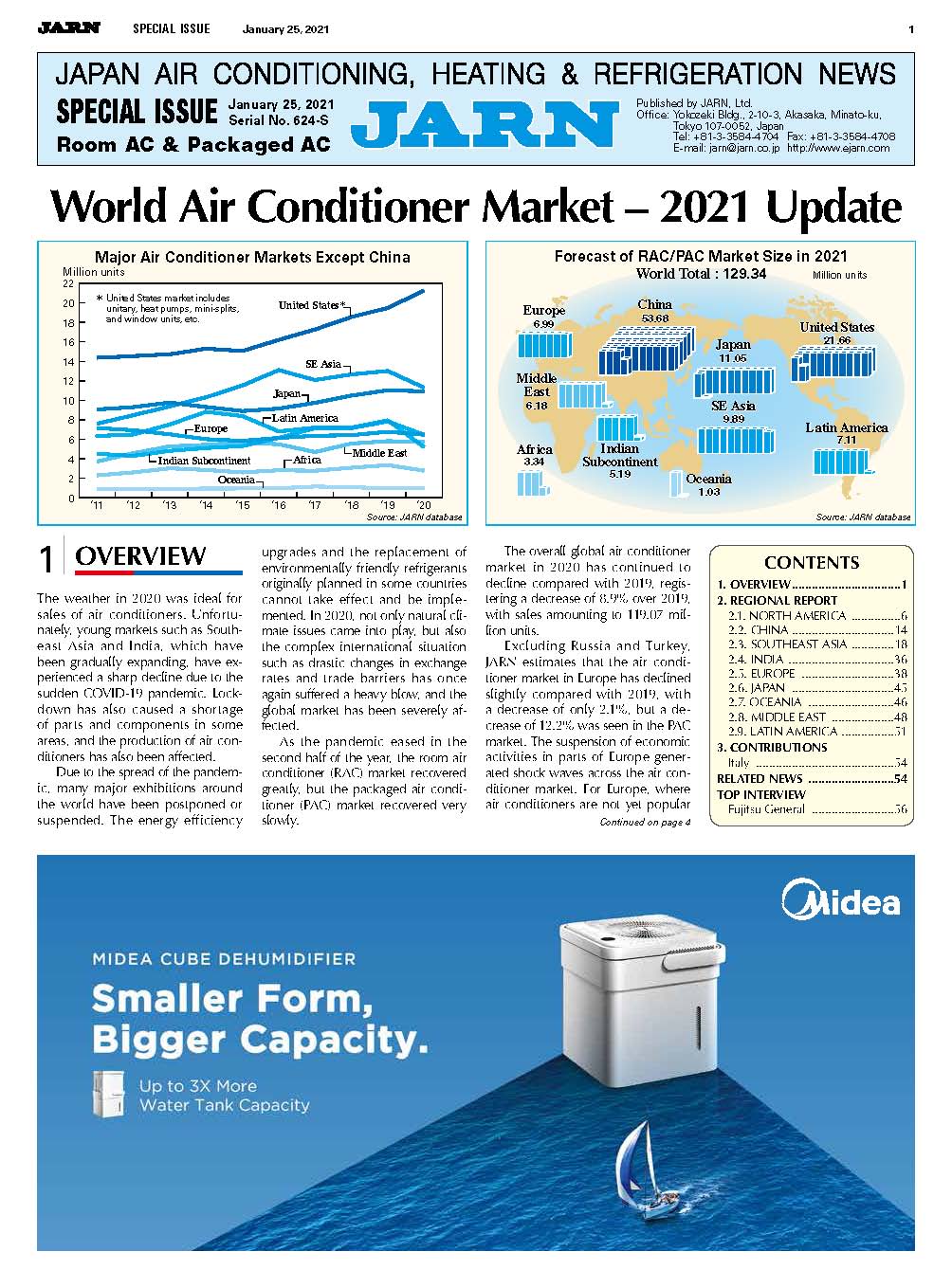 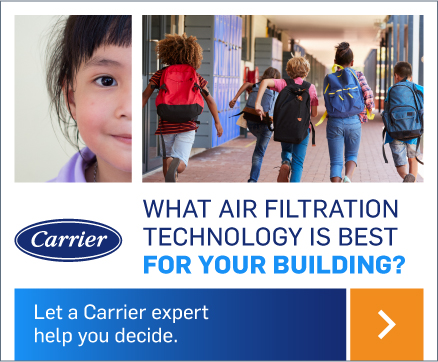 On December 10, 2020, California Air Resources Board (CARB) approved ‘Prohibitions on Use of Certain Hydrofluorocarbons in Stationary Refrigeration, Chillers, Aero-sols-Propellants, and Foam End-Uses Regulation’.

Air conditioning is a great achievement in the development of human civilization. The role of air conditioners is not only to provide a comfort- able living and working environment, but also to support human health. The latter role has been increasingly recognized along with gradually emerging social issues. On January 14, 2021, the inhibitory effect on the novel coronavirus or SARS-CoV-2 of an air conditioner equipped with Panasonic’s nanoe X was certified by Texcell, a global contract research organization based in France.

It is a newly launched air conditioner of GCHV,capacity range from 9K~24K Btu/h , By the vertical and horizontal louver drive by the stepping motor, it achieves a wider air supply angle and longer dis

At the beginning of December, 2020, the world’s first COVID-19 vaccination campaign began in the United Kingdom. Several other European and North American countries also planned to launch vaccination soon at the time this report was written, and vaccination is expected to be rolled out across the whole world next year. In this context, the cold chain can help expand vaccination campaigns by ensuring safe vaccine storage and transport.

It is a newly launched air conditioner of GCHV,capacity range from 9K~24K Btu/h , By the vertical and horizontal louver drive by the stepping motor, it achieves a wider air supply angle and longer dis

Belimo attained 100 million units of actuators at the beginning of 2020. At the end of this memorable year, JARN interviewed Reto Raimann, global business development manager, Belimo, to hear about the background of this milestone and other successful business results achieved by Belimo such as the sensor business.

TCL Goes Upstream, Always with a Focus on Serving Customers

Despite the difficult market situation impacted by COVID-19, TCL Air Conditioner has been maintaining growth in 2020. JARN interviewed Frank Wang, deputy general manager of TCL Air Conditioner, to find out the secrets of its ongoing success.

JARN interviewed Stefan Brandl, chief executive officer (CEO) of ebm-papst Group, to hear about the company’s global business strategy in the context of the COVID-19 pandemic.

Japan’s economy in the first half of 2020 was plunged into severe conditions by the pandemic. It registered a 28.8% drop in the April-to-June quarter, and this was the sharpest decline since the postwar period. In the second half of the year, however, it began to rally gradually. Helped by government backing through measures such as the ‘Go To Travel and Go To Eat Campaign’, and by taking preventive measures against the pandemic, economic activity resumed. According to the Cabinet Office, Government of Japan, the preliminary value of the GDP in the July-to-September quarter of 2020, (the seasonally adjusted figure factoring in the impact of price fluctuations) recorded a high 5% rise from the April-to-June quarter, a 21.4% rise in annual terms. Although this was a reactional jump from the 28.8% drop in the April-to-June quarter, positive-growth occurred after the July-to-September quarter. However, the real GDP growth rate in 2020 is predicted to indicate a drop somewhere around the level of 5% compared with 2019.

In 2020, the European air conditioner market was hit hard by the pandemic. The onset of the pandemic started in Italy in mid-February 2020, and a phased lock-down of cities in Europe began in March. Although the lockdown was lifted from the beginning of May, some countries such as the United Kingdom waited until June to lift the lockdown. As of November, companies in almost all major countries require employees to work at home to the greatest possible extent.

The Chinese air conditioner market is projected to decline significantly in 2020, as the pandemic gradually spread to the whole world from March, coupled with global eco-nomic instability, the China-U.S. trade conflict, and the slowdown in real estate growth in the country. In the first half of 2020 in particular, the Chinese air conditioner market experienced a severe decline. At a production level, due to the ‘stay home’ policy applied across the country, workers couldn’t return to their factories, resulting in short supply of air conditioners and also their upstream products. Sales of air conditioners fell sharply in February, mainly due to stagnant offline sales. With price wars that flared up again in March and April, the market recovered significantly by May, and the sales volume returned to the 2019 level.

The OptiClean™ Dual-Mode Air Scrubber & Negative Air Machine, Carrier’s pioneering solution to help provide healthier indoor air, has been crowned Air Conditioning Innovation of the Year in the RAC Cooling Industry Awards, one of the UK’s top building technology awards. The recognition follows the OptiClean unit being named one of TIME's 100 Best Inventions of 2020. The product, currently available in North America and Asia, is expected to launch in Europe this year.

SWEP’s continuity of supply protects your logistics and customers

Although social distancing keeps people safe, what challenges does it present to international logistics where efficiency is crucial? For B2B businesses, it may lead to “product distancing” too, which is bad news to both suppliers and customers alike.

With its high-performance slicers that can be integrated into fully automated slicing and packaging lines, GEA is setting benchmarks for the global food processing industry. GEA engineers have now developed a special saw-tooth edge for involute blades that guarantees high-quality slicing without the need to first crust freeze products, such as cooked sausage and ham. By saving energy costs from the very first cut, this machine upgrade delivers a direct and sustainable improvement to the process’s energy footprint.

From December 9 to 11, at the Tokyo Big Sight, Japan’s largest general energy exhibition, 45th Energy and Environment Exhibition (ENEX) 2020, was held. In order to promote decarbonization toward 2050, consumption needs to be reduced through more efficient use of energy and promotion of the effective utilization of renewable energy, digitalization of electric power and energy networks, and management using decentralized technology.

The third edition of Refcold India, India’s premier international exhibition on cold chain, industrial refrigeration, and reefer transportation, was held on a virtual platform from October 29 to 31, 2020. The platform was designed to simulate the experience of a physical event. It enabled exhibitors to showcase their products and services in virtual booths. The exhibitors had the facility to chat with their visitors and other exhibitors. The platform also allowed workshops and seminars to be held concurrently. 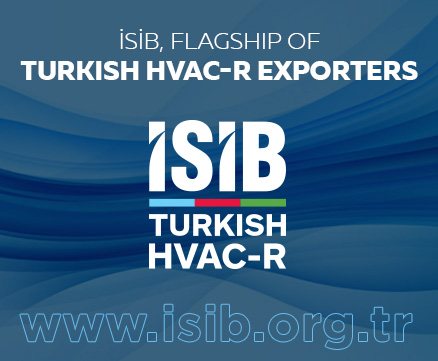 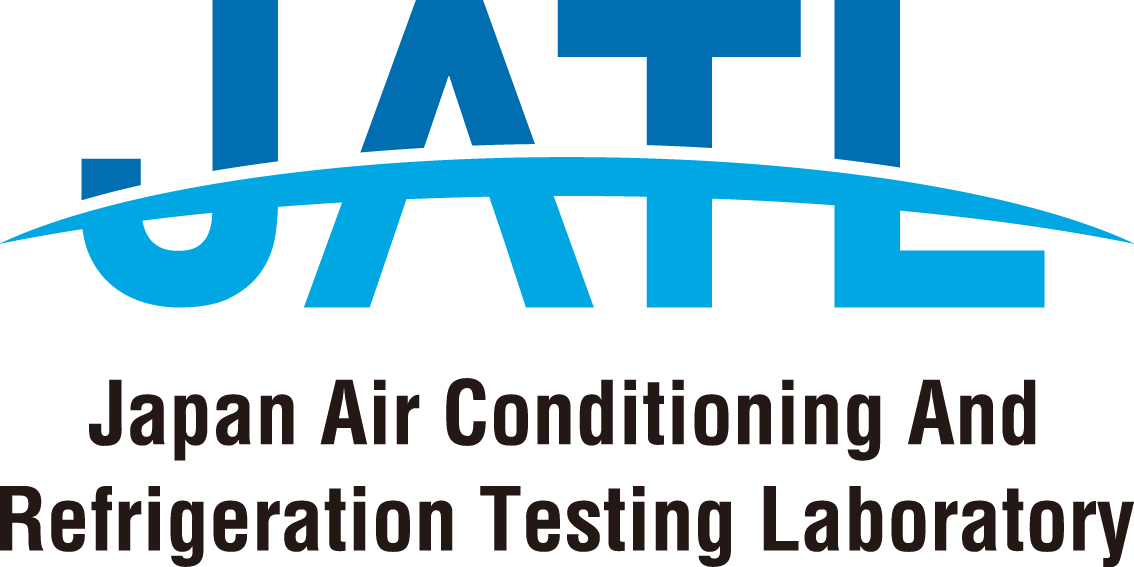